A mighty World War II warship, the USS Indianapolis, was recently discovered in the deep waters of the North Pacific by the entrepreneur Paul Allen and his team of 13 expedition crew.

We've located wreckage of USS Indianapolis in Philippine Sea at 5500m below the sea. '35' on hull 1st confirmation: https://t.co/V29TLj1Ba4 pic.twitter.com/y5S7AU6OEl

The cruiser was found resting 5,500 meters at the seafloor of the Pacific where it laid there undisturbed for 72 years when it met its tragic fate during the last days of the Second World War. 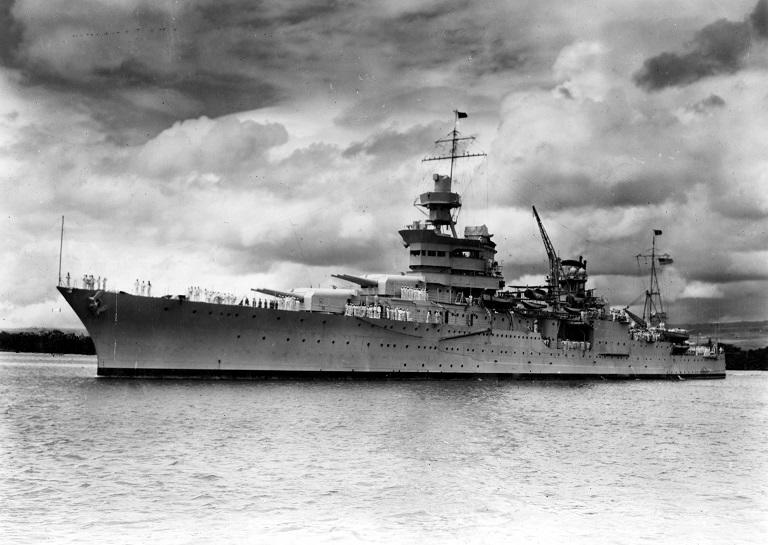 Microsoft co-founder and philanthropist Paul Allen led a team of civilian researchers to search for the wreck of the World War II warship, the USS Indianapolis. The cruiser was lost when it was torpedoed by a Japanese submarine on the 30th of July 1945. Distress calls and emergency drills were impossible to execute as the warship sank only 12 minutes after it was attacked. Allen and his expedition crew of researchers found the USS Indianapolis resting deep within the seafloor of the North Pacific at a depth of 5,500 meters. 1,196 Sailors and Marines were aboard the warship and only 800 survived the sinking. After a few days of floating around the treacherous waters of the Pacific, only 316 out of the 800 survivors managed to endure and get rescued.

"To be able to honor the brave men of the USS Indianapolis and their families through the discovery of a ship that played such a significant role in ending World War II is truly humbling", said Allen. "As Americans, we all owe a debt of gratitude to the crew for their courage, persistence, and sacrifice in the face of horrendous circumstances. While our search for the rest of the wreckage will continue, I hope everyone connected to this historic ship will feel some measure of closure at this discovery so long in coming".

The expedition team used the 250-foot research vessel known as the Petrel, which Allen acquired and retrofitted with state-of-the-art subsea instruments giving it the power to dive at a depth of 6,000 meters. Robert Kraft, director of subsea operations within Allen's team, expressed how unique and exclusive the expedition's research vessel is.

"The Petrel and its capabilities, the technology it has and the research we've done, are the culmination years of dedication and hard work. We've assembled and integrated this technology, assets and unique capability into operating platform, which is now one amongst very few on the planet". 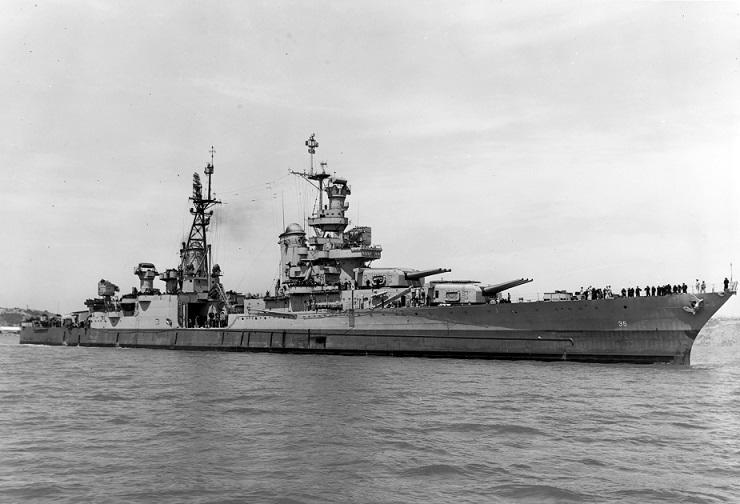 Information about the underwater location of the USS Indianapolis was obtained last year by Dr. Richard Hulver, a historian with the Naval History and Heritage Command. Hulver carried out a research study that pointed him to a different spot west of where the warship was originally thought to be positioned.  "Hulver's research identified a naval landing craft that had recorded a sighting of Indianapolis hours before it was torpedoed", said the America's Navy website. "Using that information, the research team developed a new position and estimated search, which was still a daunting 600 square miles of open ocean", they added.

Allen and his 13-person expedition crew aboard the Petrel are currently surveying the surroundings of the USS Indianapolis site and has planned to conduct a live tour of the wreckage within the coming weeks. The WWII cruiser still belongs to the US Navy and its exact position within the Pacific will be kept confidential. Allen's expedition crew and the US Navy are working hard to complete the full discovery procedure and are planning to honor the 22 crew members of the USS Indianapolis that are still alive today.

Via Naval History and Heritage Command