The World Wildlife Fund published a landmark report detailing the immense decline in biodiversity on the planet, as well as potential recovery steps.

With the environmental state of today's world, the scientific community has been engaging with industry leaders in an all-out effort to either reduce some of the effects of climate change or devise initiatives which tackle the large-scale problem of plastic debris accumulation in the world's oceans.

Equally important is the impact of the new environmental reality on the millions of species of animals on the planet. Now, a report from the World Wildlife Fund (WWF) is delivering more unsettling news about the fate of animals in the wild.

The name of the report is "Living Planet Report 2018: Aiming higher", and it details all the challenges existing today for sustaining biodiversity. It starts with a sobering message about the impact of human activity on the planet.

And it includes an exhaustive 20-year study, delivering the message very clearly: "Plummeting numbers of mammals, reptiles, amphibians, birds, and fish around the world are an urgent sign that nature needs life support."

Their findings are that there has been a 60% decrease in the world in wildlife between the years of 1970 and 2014, with thousands of species being monitored.

The Troubling Data, But There  is Still Time to Act

In assessing the scale of the problem, the report lays out the global effects in a compelling narrative: "The rapid loss of some of the ocean’s most productive and species-rich habitats like coral reefs, mangroves and seagrasses threatens the well-being of hundreds of millions of people.

Plastic pollution is also a growing global problem. Plastic debris has been detected in all major marine environments worldwide, from shorelines and surface waters down to the deepest parts of the ocean, even at the bottom of the Mariana Trench.

Almost 6 billion tonnes of fish and invertebrates have been taken from the world’s oceans since 1950."

The five areas which offer the biggest threats are:

The scientists also emphasize that we have never experienced a problem of this magnitude before: "There is no precedent for the current losses of biodiversity and ecosystems and this extends to all parts of the world, even where there is no direct impact from human activities."

Although the news is not good, the report also outlines ways that the situation can be improved.

Hope on the Horizon

The recommendations suggest a collaborate approach in which the momentum of various sustainability and environmental policy initiatives be designed in a way that they contribute to the advancement of others.

"With two key global policy processes underway there is currently a unique window of opportunity to reverse the trend – and bend the curve of biodiversity loss.

Lessons can be learned from progress towards solving other critical global issues, like climate change, and everyone – governments, business, finance, research, civil society, and individuals – has a part to play." 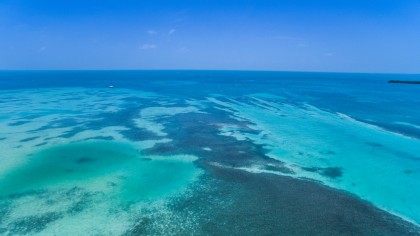 For example, the Convention on Biological Diversity (CBD) initiatives delivers a positive and hopeful message towards the end of the report, stressing the need for follow-through by local government and policymakers:

"[I]f we aim higher and move away from business as usual, implementing approaches designed to restore nature rather than simply tracking a managed decline, then we can achieve a healthier, more sustainable world that is good for people as well as our natural systems."

9 Ways to Prevent Biodiversity Loss and What Causes It