WWII Fighter Plane Gun Camera Pops Up on eBay for $7,000

A Zeiss Ikon German Luftwaffe Me 109 gun camera has been creating a considerable buzz since a posting for it was created on eBay in October.

Military history buffs have another rare find to add to their collection of treasures: a Zeiss Ikon German Luftwaffe Me 109 gun camera that dates back to the period of World War II.

The listing of the photographic gem, which is listed under the model name of ESK 2000 B, has been active on eBay since October 6th, 2017. A few specs about the military camera:

• It measures 47 centimeters long and weighs a hefty 7 kilograms.

The seller reports that there is existing footage of the camera being used with the Messerschmitt Bf 109, a German fighter aircraft that was part of the Luftwaffe’s WWII fighting fleet. They would have been mounted next to or around the cockpit, or as confirmed by WWII German Air Force site, DeutscheLUFTWAFFE, in the nose of a fighter plane. This evidence points to the fact that during wartime the camera’s main objective, beyond capturing footage that displayed the prowess of the military, would have been used to record the number of kills during a flight mission. Such is the nature of war.

A cropped WWII image from the cover of Life magazine showing a pilot posing with one of the gun cameras appeared 2 years back on a military aircraft forum. And though in comparison to today’s global market, with its emphasis on branding and marketing, little footage of the apparatus itself exists, this image at the time would have served journalistic, strategic and commercial purposes due to the high readership of the magazine during World War II.

Below is a video of the Messerschmidt aircraft featuring some of the wartime footage which may have been captured with similar gun cameras:

Adding to the mystery surrounding the vintage find is the anonymous identity of the seller, adtpcs: besides the fact that the user joined in 1997, very little else is known. What is evident, however, is that the seller has examined the equipment thoroughly, reporting that 3 lens covers are included and that the optics might need to be cleaned.

This impressive piece of history will set you back US$7000, according to the latest bids. 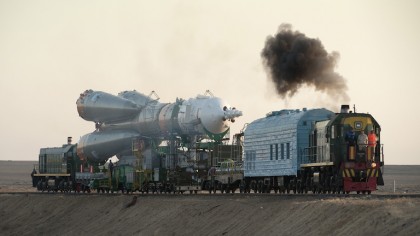 Though it may not be clear who the seller is, the specific details shared in the auction posting do reveal that there may be more to the story than the seller is willing to share. For instance, in the case of ancient relics used in wartime that are unearthed in Egyptian tombs, we have less visual evidence to support any claims that are made. In the case of the Zeiss Ikon German Luftwaffe Me 109 gun camera, much is known, and it is easy to corroborate information from various sources to understand the purposes this camera served. After all, there is a reason why US Civil War General William Tecumseh Sherman uttered the famous words (towards the end of the 4-year war), “War is hell.”