Growing cities face the same problem all around the world: lack of space for living. London isn’t different in this respect and, being a capital city of UK, faces the same problem – higher populations, low space for living and very high rental and estate prices. The following proposal is offered by the architects from Rogers Stirk Harbour + Partners in cooperation with YMCA London South West. It is called Y:Cube and is a micro-house built mostly of renewable materials. 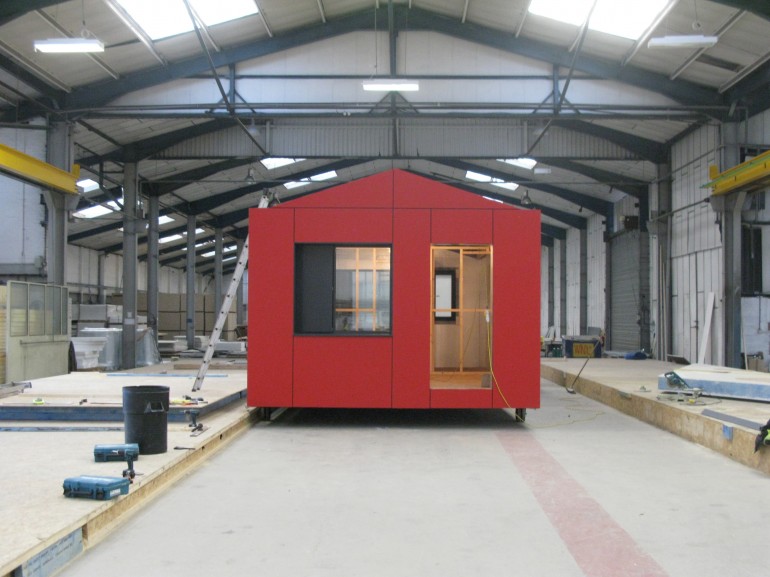 The space inside Y:Cube isn’t big – just 26 square meters, but it is just perfect for a single resident. The cube is made generally of renewable timber and the prefabrication process includes also the addition of wiring, heating, plumbing, etc. so the dwelling should just be assembled on-site. The dwelling offers a bedroom, a bathroom and a kitchen that could fulfil the function of a living room also. The interior allows some rearranging of the internal space by rearranging some walls and adding more windows if necessary.

It is an interesting point that Y:Cube is in fact modular system of units that could be arranged in lines or  one above another. Such complex may include between 24 and 40 cubes and may be positioned at abandoned places.

"As the largest provider of supported accommodation for young people in the country, YMCA is increasingly seeing young people struggling to afford the costs of private rent," said Andy Redfearn, Director of Housing and Development at YMCA LSW. "Even for a young person in employment, a combination of low wages and high rents can quickly see them priced out of the market. We constantly see young people thrive and gain independence within our hostel accommodation, only to be left with no options when it comes to the time for them to move on."

A three-week tests held by YMCA have shown that heating to 20° C (68° F) costs just 7 pounds ($11) a week. This is due to the great insulation of Y:Cube, which is created to reach Level 6 Code for Sustainable Homes.

The first usage of a Y:Cube complex is expected to be at the London Borough of Merton before the end of 2014. The complex will consist of 36 homes.