Ever wanted to see how big a country really is compared to another? Well, now you can find out with an app called "The True Size Of...".

The app allows you to drag countries into different locations around the world. This helps you to compare their size by placing one country over another.

The app was created by James Talmage and Damon Maneice. Talmage and Maneice say an episode of The West Wing and an infographic by Kai Krause entitled "The True Size of Africa" inspired them to create the app.

It's hard to depict the spherically-shaped world as flat. Cartographers often use a method called "projection" to represent the world as a two-dimensional image. This means that the three-dimensional world turns into a flat map. However, according to the app developers, "every map projection introduces distortion, and each has its own set of problems."

The most popular projection known is the Mercator projection. A Mercator projection is a rectangular map where the cardinal directions maintain the same; in other words, "the lines of latitude and longitude intersect at right angles." However, parts like the polar areas deform and appear larger than they are.

A common criticism of the Mercator map is that the sizes of countries close to the Earth's poles are enhanced, such as Europe, Russia and the United States. On the other hand, the sizes of countries far away from the poles are reduced, such as the African continent. The Mercator projection depicts Greenland as being roughly the same size as Africa. However, in reality, Africa is 11.6 million square miles, whereas  Greenland is only 0.8 million square miles. Thus, Africa is almost 14.5 times larger than Greenland. 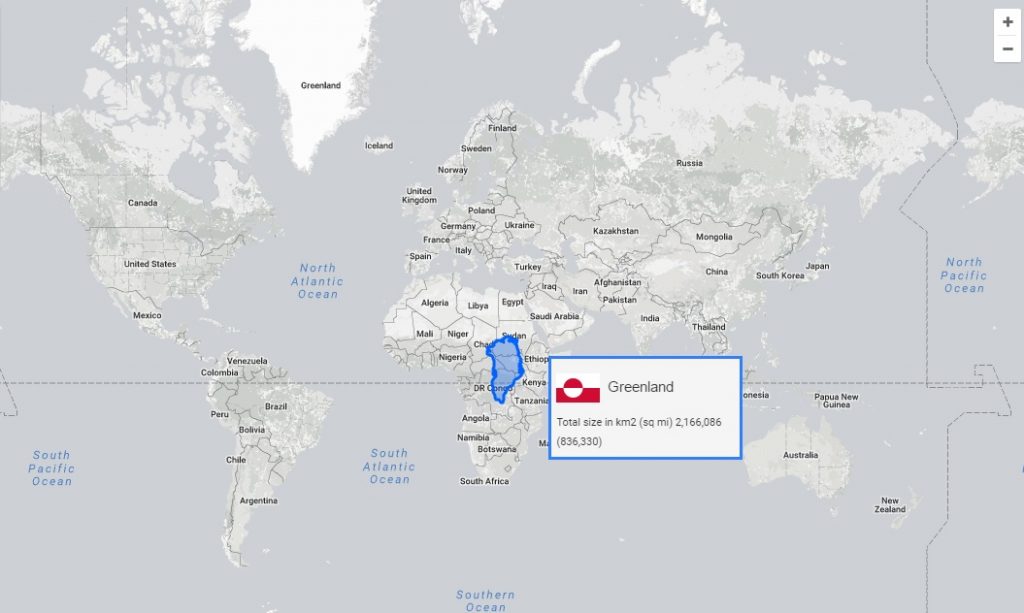 The "The True Size Of..." was created to show how wrong can our perception of country sizes be. The creators "hope teachers will use it to show their students just how big the world actually is."

SEE ALSO: What’s the Real Size of Every Country Compared to the Other?

This Breathing Device Sucks the Alcohol Out of You