An MIT grad student in physics developed a cosmic ray particle detector meant to inspire high school and early college students to explore how our Solar System is impacted by others in distant galaxies.

Ever wanted to know when the Earth is feeling the cosmic blast from supernovae far beyond our Solar System? Thanks to a grad student at the Massachusetts Institute of Technology, you can without tens of thousands of dollars worth of equipment. 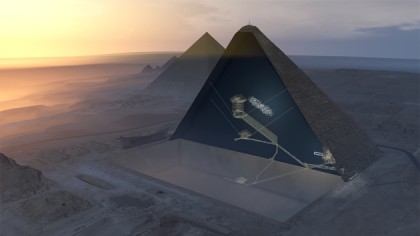 Grad student Spencer Axani and his team developed a small device capable of picking up the smallest fragments of cosmic rays -- muons. Muons are charged particles slightly heavier than electrons. They only last for less than a second due to their unstable nature, and they can be found everywhere around us. A small percentage of muons even become embedded into ice and solid rock.

Ideally, the project is intended to get younger students into discovering what lies beyond earth through their own exploration. However, the CosmicWatch detector can be installed by nearly anyone and taken anywhere. Axani said he and the team tested it out in some unique spaces.

"You get funny looks when you take particle detectors into the subway, but we did that in Boston," Axani said. "Since the muon rate will decrease the further down you go, we put the detectors in a subway station to measure how far underground we were."

Since the team's project started, the popularity has grown enormously. Thus far, they've supplied over 100 detectors to high school and college students. These students, in turn, have gotten insanely creative on how they send their muon detectors. According to the university's press release, some groups have even put their muon detector up in a weather balloon. Axani said that taking the muon detector with you literally everywhere allows users to gather they would really only gather in a lab.

"At sea level, you might see one count every two seconds at sea level, but on a plane at cruising altitude, that rate increases by about a factor of 50 — a dramatic change," Axani says. "From the measured rate, you can back-calculate what the actual altitude of the plane was."

Physics that almost got trashed

Axani's idea stemmed as a simple add-on to the IceCube project. Researchers needed a way to use the detector to increase sensitivity to low-energy neutrinos. Information given by the muons could help physicists try to figure out where the neutrinos are based on how they should interact with the muon detectors.

The project could've been a massive undertaking, but Axani wanted to shrink the entire project. He knew that muon detectors used photomultiplying tubes aligned with a scintillator -- a material that lights up after being hit by a charged particle. However, most lab-scale muon detectors consist of bulky photomultipliers.

Rather than give up on the project entirely, Axani dug through the trash at MIT -- literally. Axani used discarded electronics from the university and pieced together what he needed for the much smaller device.

A bright future for the study of muon particles

Rather than extensively dig and potentially compromise a site using excavation, muon detecting allows researchers to scan an area for hidden geological structures.

"That’s something I’d like to try out at some point, maybe to map out the office on the floor above me,” Axani says. “For now I like to take these detectors in my briefcase and measure the muon rate when I'm traveling."

The researchers offer the building kits on their CosmicWatch website. The website also includes complete instructions on assembly and application.