You Can Now Buy Fried Chicken with Bitcoin from KFC Canada

KFC Canada is accepting bitcoin for a crypto-currency themed meal deal if you order online for a limited time. Customers in Canada can order the "The Bitcoin Bucket" via KFC’s website. The price of the limited edition product is the bitcoin equivalent of $20 Canadian dollars so bitcoin holders will have to check the current trading price of the cryptocurrency to see if they think they are a getting a good deal. The Bitcoin Bucket deal includes 10 chicken tenders, waffle fries, a medium side, medium gravy and two dips. KFC launched the promotion with a series of bitcoin-related jokes.

KFC Canada presents The #Bitcoin Bucket. Sure, we don’t know exactly what Bitcoins are, or how they work, but that shouldn’t come between you and some finger lickin’ good chicken. https://t.co/2OKuCHk5Hb pic.twitter.com/UwaduB8toi

While Bitcoin was intended to be an alternative to real currency used to buy products and goods this dream has been hampered by long processing times and high fees. The delay in being able to trade bitcoin has led to the rapid expansion of alt-coins such as Ripple and Ethereum. Microsoft who also allows its customers to purchase products using bitcoin temporarily suspended the bitcoin checkout method after the processing delays caused problems on its page. Microsoft says they are once again accepting the cryptocurrency after “working with our provider to ensure lower bitcoin amounts would be redeemable by customers”.

The problems with bitcoin are affecting even its most die-hard users. People interested in attending the North American Bitcoin Conference to be held in Miami next month are unable to purchase their ticket with bitcoin after the conference announced the payment option was no longer available. “Due to network congestion and manual processing, we have closed ticket payments using cryptocurrencies,” the conference said on its ticketing page. “Hopefully, next year there will be more unity in the community about scaling and global adoption becomes reality.”

Influential investor Warren Buffet yesterday told media that the end was certain for bitcoin. “In terms of cryptocurrencies, generally, I can say with almost certainty that they will come to a bad ending,” the chairman and CEO of Berkshire Hathaway said in an interview with CNBC. “When it happens or how or anything else, I don’t know.” 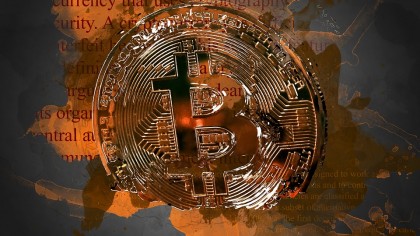 Someone that appears to be listening was the Korean government who made the announcement that they were planning on banning cryptocurrency trading within the country. A government spokesman later clarified that the idea was still in its early stages. “Justice Minister Park’s comments related to the shutdown of cryptocurrency exchanges is one of the measures prepared by the Ministry of Justice, but it’s not a measure that has been finalized,” the statement said. If you are a bitcoin investor not dedicated to the HODL mantra buying buckets of chicken seems a good idea as any.