Thanks to a PhD student, dinosaur fans who happen to own 3D-printers can now craft their own accurate dinosaur skull with exceptional detail.

While it might not be the extent of recreating dinosaurs on the scale of Jurassic Park, archeology fans can now make their own copies of a dinosaur skull with the help of an average 3-D printer.

Even better, the research done by Kimi Chapelle of the University of Witwatersrand just made it easier for other researchers to take a look at new methods of studying dinosaurs. The PhD student from the Johannesburg, South Africa university used a new CT scanning facility to look inside the skull of a dinosaur.

Her findings are public and available for anyone to download along with a 3D surface file of the skull itself.

"This means any researcher or member of the public can print their own Massospondylus skull at home," Chapelle said in a university press release. 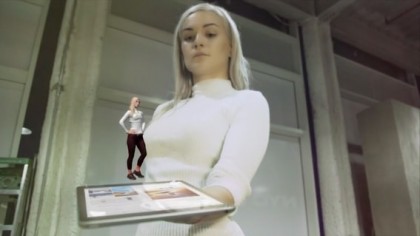 This 3D Printing Company Lets You Scan And Print Yourself

The Massospondylus was a longer necked member of the sauropodomorphs and roamed the earth during the early Jurassic Period. It was originally discovered in South America in 1854 and named by the famed anatomist and explorer Sir Richard Owen. The most intensive studies of this dinosaur involve the spine and the eggs of the creature. However, Chapelle noticed that not a lot of research had been done regarding the skull.

Chapelle noted a few interesting elements to how this particular dino's skull is constructed, including that the bones surrounding the brain on the Massospondylus's skull were not fully fused. She also traced the nerve connections of the skull and noticed which bones each nerve went through.

"I was amazed when I started digitally reconstructing Massospondylus' skull, and found all these features that had never been described," said Chapelle, "it just goes to show that researchers still have a lot to learn about South Africa's dinosaurs."

South Africa has been home to some pretty incredible finds for dinosaur researchers. In 2016, another team from the University of Witwatersrand analyzed 2005 discovery of a Heterodontosaurus tucki. The challenge with that fossil? The skeleton was too small and delicate with too many hardened rocks surrounding it for the researchers to glean information about the small plant-eating dino. They used high energy X-rays to reconstruct the skeleton rather than potentially cause damage.

Chapelle also took a similar route with her skeleton.

"By comparing the inner ear to that of other dinosaurs, we can try and interpret things like how they held their heads and how they moved. You can actually see tiny replacement teeth in the bones of the jaws, showing us that Massospondylus continuously replaced its teeth, like crocodiles do, but unlike humans that can only do it once," Chapelle said.

"Also, the fact that the bones of the braincase aren't fully fused means that this particular fossil is that of an individual that is not fully grown yet. This allows us to understand how Massospondylus grew, how fast it grew and how big it could grow."

Chapelle's work could also lay the foundation of how to use the technology for future generations of students, her professors noted.

"Students like Kimi have been able to use our CT facility to produce cutting-edge research like this" said Prof. Jonah Choiniere, the supervisor and co-author of the study, "and it's changing the way we do dinosaur research."

Via: University of Witwatersrand via EurekAlert