You Can Watch Monday's Total Solar Eclipse Live on Twitter

Many people around the world are freaking out over Monday's solar eclipse. More importantly, moms throughout the globe are clawing for overpriced viewing glasses so their children can view the event. So, if you can't wrestle a pair away from someone for the event or your job has you stuck indoors, don't fret. The Internet has you covered. The Weather Channel and Twitter are joining forces to livestream the eclipse.

However, it's more than just one static camera. The Weather Channel is setting up camp in 10 places across the US with the best views of the eclipse, small towns like Stanley, Idaho; Hopkinsville, Kentucky; and McMinnville, Oregon. The livestream will also include drone footage, live updates from watch groups, shows, and a Red Bull Cliff Diving contest. (Yeah, we don't know why that last part is relevant either other than sponsorship.)

And, since it's Twitter, viewers will get more than just the video in real-time. You can expect the Weather Channel to also offer a ton of information about each part of the eclipse, facts about the science of eclipses, and other data. 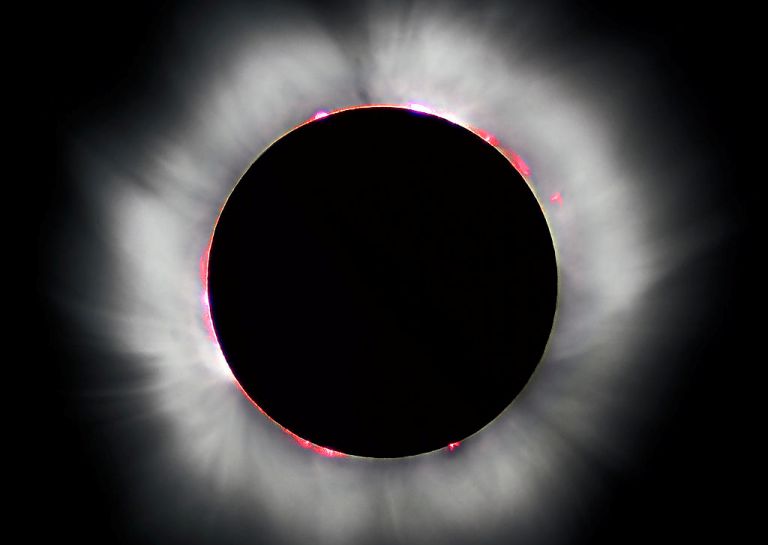 The livestream will start on August 21 at noon Eastern Daylight Time. In the meantime, be sure to check out the commentary underneath the announcement in preparation. Not all of them are humorous. A few people are selling "eclipse jewelry" and shirts. However, some of these tweets are great. Like Jeryl Bier, who tweeted:

At dinner last night:
Me: "On Monday, there is a total solar eclipse at 2 o'clock."
My brilliant daughter: "AM or PM?"

Other tweets make sure everyone is prepped for the under-three-minute event like the world is ending:

This eclipse marks the first one for North America since 1979. It will be visible from the entire continental United States, the first time that's happened since 1918. The 1979 eclipse crossed through the northern most parts of North America, including several Canadian provinces. Unfortunately, only people within a very small window of totality well experience the full eclipse with Thursday's event. 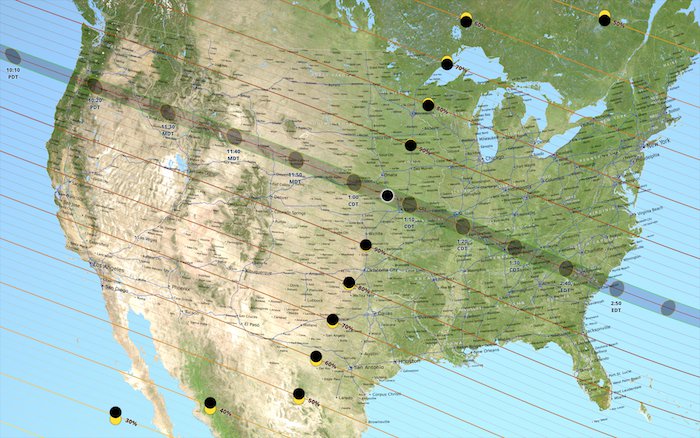 If you absolutely miss the whole thing (livestream and all) and you live in the upper half of North America, the next eclipse will be in 2024. NASA reported that will be visible from Texas to Maine and other places in the eastern half of the United States.

The most recent solar eclipse happened for Pacific and Southeast Asia in 2016. NASA live streamed that event as well. The next total solar eclipse outside of the U.S. will come on December 14, 2020. Best viewing for that eclipse will require a trip to Argentina or Chile.

If you live in the United States, don't buy into the hype that this is a once-in-a-lifetime event. Throughout Earth's history, there have been over 3 billion solar eclipses in the US alone -- both partial and total. So enjoy the festivities, but don't bother paying for an Airbnb just for three minutes of science.