An alarming new Greenpeace study has revealed over 90% of table salts contain significant levels of microplastics due to oceanic waste pollution.

It is a well-known fact that our oceans have a huge plastic pollution problem with research stipulating there may be more plastic than fish in the ocean as early as 2050. Now, beloved environmental organization Greenpeace has released an alarming study that highlights another problematic side-effect of our addiction to disposable plastic.

Sneaking into our table salts

It turns out the waste in our waters has been sneaking into our table salts in the forms of microplastics, plastic particles that are less than 0.2 inches (5 mm) in diameter. The particles were found in 90% of sampled salt brands globally with the highest number coming from salt sourced in Asia. 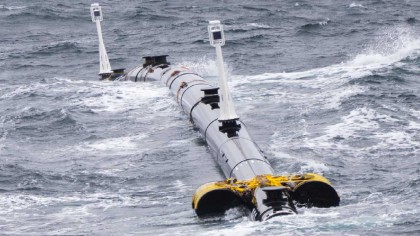 “Recent studies have found plastics in seafood, wildlife, tap water, and now in salt. It’s clear that there is no escape from this plastics crisis, especially as it continues to leak into our waterways and oceans,” said Mikyoung Kim, Campaigner at Greenpeace East Asia.

The study analyzed 39 salt brands worldwide and found that the levels of microplastics detected correlated with the levels of plastic pollution in the area where the minerals were sourced. Plastic contamination in sea salt was the highest, followed by lake salt, then rock salt. Worse of all, only three salt brands studied were found to be microplastic-free.

The research estimates that assuming the intake of 10 grams per day of salt, the average adult could be ingesting up to 2,000 microplastics each year through the mineral alone. And although the effects of these particles on human health are still unclear, they can not possibly be good.

“The findings suggest that human ingestion of microplastics via marine products is strongly related to plastic emissions in a given region,” said Professor Kim, Seung-Kyu, corresponding author of the study. “In order to limit our exposure to microplastics, preventative measures are required, such as controlling the environmental discharge of mismanaged plastics and more importantly, reducing plastic waste."

For now, Asia seems to be suffering the worst effects of this nearly ubiquitous contamination due to its high regional contribution to plastics pollution. In fact, the highest quantities of microplastics were found in an Indonesian sea salt sample which is not surprising considering the country is the second worst plastic emitter in the world.

Stopping contamination at its source

Greenpeace's study is the first of its scale to look at the correlation between the geographical spread of sea salt and microparticles contamination levels. In doing so, it highlighted a relationship between the pollutants in our seas and those that reach our homes that can no longer be ignored.

“We need to stop plastic pollution at its source. For the health of people and our environment, it’s incredibly important that corporations reduce their reliance on throwaway plastics immediately," further explained Kim.

The study has been published in the Environmental Science & Technology journal.

9 GPS navigator systems to guide you through unknown locations