Qantas and Singapore Airlines are battling to see who will offer the world's longest commercial flight.

The battle to become the airline company who can provide the world's longest flight has kicked up a notch. Earlier this summer, Singapore Airlines announced it would launch a flight between Newark, New Jersey, and Singapore.

A flight with a total travel time of eighteen hours and forty-five minutes, making it the longest in the world to date. But Qantas has hit back announcing they have plans to fly non-stop between London and Sydney by 2022.

That dash across the Indian Ocean will take about twenty hours and twenty minutes, easily stealing the crown from Singapore Airlines by two hours. Qantas has been planning the extra long-haul flight for a while now, under the umbrella of “Project Sunrise”.

The Australian airline kicked off its plans by putting out a tender to Airbus and Boeing for an aircraft that could fly for twenty hours without refueling, as well as carry enough fuel to account for headwinds or emergencies. The Airbus A350 or the Boeing 777X are the last two planes in the race, both can carry 300 passengers.

The last thing for Qantas and Singapore to do is convince their passengers that taking a plane for more than half a day is a good idea. Like most long journeys, the key for airlines to sell these flights will rely on how much they can guarantee comfort.

New planes will have a gym and bar

Qantas will try and woo customers by offering sleeping berths in the aircraft’s cargo hold as well as a gym for in-flight exercise, a bar to celebrate your workout and a nursery so you can enjoy it all without screaming children. Singapore will do something similar by working with Canyon Ranch to offer guests better food and relaxation programs. 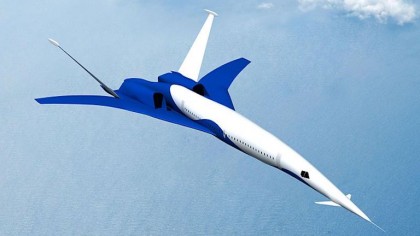 Will We Ever Have a Supersonic Commercial Jet Again?

Qantas is no stranger to making their customer happy on long flights. They already offer a seventeen-hour-long flight from Perth to London but who will finally be crowned with the world's longest flight remains to be seen.

If you can afford business or first class these super long flights will mean less delay in getting across the globe and more comfort. For the majority of travelers stuck in economy, flying poses some mild health risks and a lot of discomfort.

But as the rise of budget airlines continues. It seems most are happy to put up with it a bit to fulfill their traveling desires.