The team of the Charles Nypels Lab and Super Terrain have produced a copy of Ray Bradbury’s Fahrenheit 451 with words that can only be viewed when heat is applied to the pages.

Whether you call it an ironic twist of fate, or the ultimate homage given to a literary classic, one recent creative collaboration has produced a copy of the Ray Bradbury’s dystopian masterpiece, Fahrenheit 451, that can only be read when heat is applied.

The team behind the work are the Holland-based Charles Nypels Lab and the France-based publisher Super Terrain. As literary people know, the book’s title is a two-sided reference: one, to the temperature at which paper burns, and the second, to a society in which books are burned by the state in an effort to maintain a monolithic society. The pages of the edition were created with a special charcoal black coating that form a chemical reaction when light is applied. The Lab even posted a video on Instagram detailing the process behind the book.

This week our colleagues from Super Terrain are working in the Lab as a last stop on their all-over-Europe printing adventures. They showed us this remarkable book they made "Fahrenheit 451". --- @superterrain #printingadventures #heatsensitive #fire #experimental #artistsbook #allblack #screenprint

More Than a Light Display

One of the most compelling factors in Fahrenheit 451 is that books would only be burned at night, so that the pyrotechnic effect was most visible from the sky. The fictional State that exists in Ray Bradbury’s novel use this tactic for a singular purpose: reorienting the old values, and reinforcing the new ones.

Though pyrotechnics in our own societies take the much more innocuous form of fireworks, the fundamental role that they play in shaping social values is not too far from the similar role in novel. Kansas State Psychology Professor Richard Harris identified two main areas that function as part of the psychology behind fireworks: activating powerful memories and highlighting risky behavior.

"People who remember enjoying setting off fireworks themselves as children will want to do that as adults or at least help their kids do it, and as such, perpetuate these memories,” though he is quick to add that if someone grew up in a place where they were not allowed or available, the idea could be different. 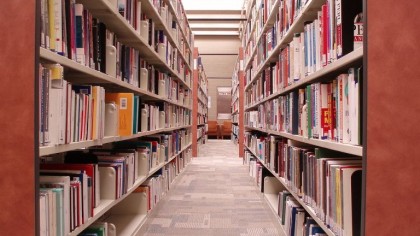 These 10 Sci-Fi Novels are Perfect for Engineering Minds

He continues: "Engaging in risky behaviors is very reinforcing for people...[f]or some, it can cause release of a chemical in the brain that helps people feel good. The chemical is a neurotransmitter called dopamine and it is released when we engage in behaviors we enjoy...”

The idea here in both scenarios is that people’s past experiences influence their choice of approaching fireworks. The distinction is that the characters in the novel were not given this choice, which means that psychologically the values were reinforced in a much more aggressive manner.

Though the literary critics and readers may differ about the significance of the book, this team is undoubtedly bringing renewed interest to the book. And for those who are interested in owning a copy of this piece of literary history, its creators responded with, “We’re working on it! Stay tuned.”