In 2013, Creator of Flappy Bird made the shocking announcement that Flappy Bird would be taken off the App Store. Devastated fan Fawn Qiu made a real version of Flappy Bird that nobody could take it away.

Since 2013, she's used that game and similar projects to teach countless students and communities the benefits of engineering.

Qiu designs engineering projects for middle and high school students. She takes inspiration from problems in her daily life to create new projects. She also uses her own skills to solve problems for herself.

Qiu said she was addicted to playing Flappy Bird, the viral app from 2013. After she heard that the game would be taken off the App Store, she -like millions of others- became frustrated. She'd either never update her smartphone or never play Flappy Bird again.

Fellow gamers will understand her frustration. However, problems normally breed creativity. Instead of quitting playing the game or updating her cell phone, she used her engineering skills to make a physical version of the game.

"So a few of my friends were also pretty addicted to the game, and I invited them to play as well. And they told me that it was just as infuriating as the original game."

After positive feedback and attention, Qiu uploaded a demo video of her project on Youtube. It went viral and had over two million views in a few days. She says that the comments were more interesting than the view count.

"A lot of people wanted to make it their own or asked me how it was made. So this kind of confirmed my idea that through a creative project, we can teach people about engineering." 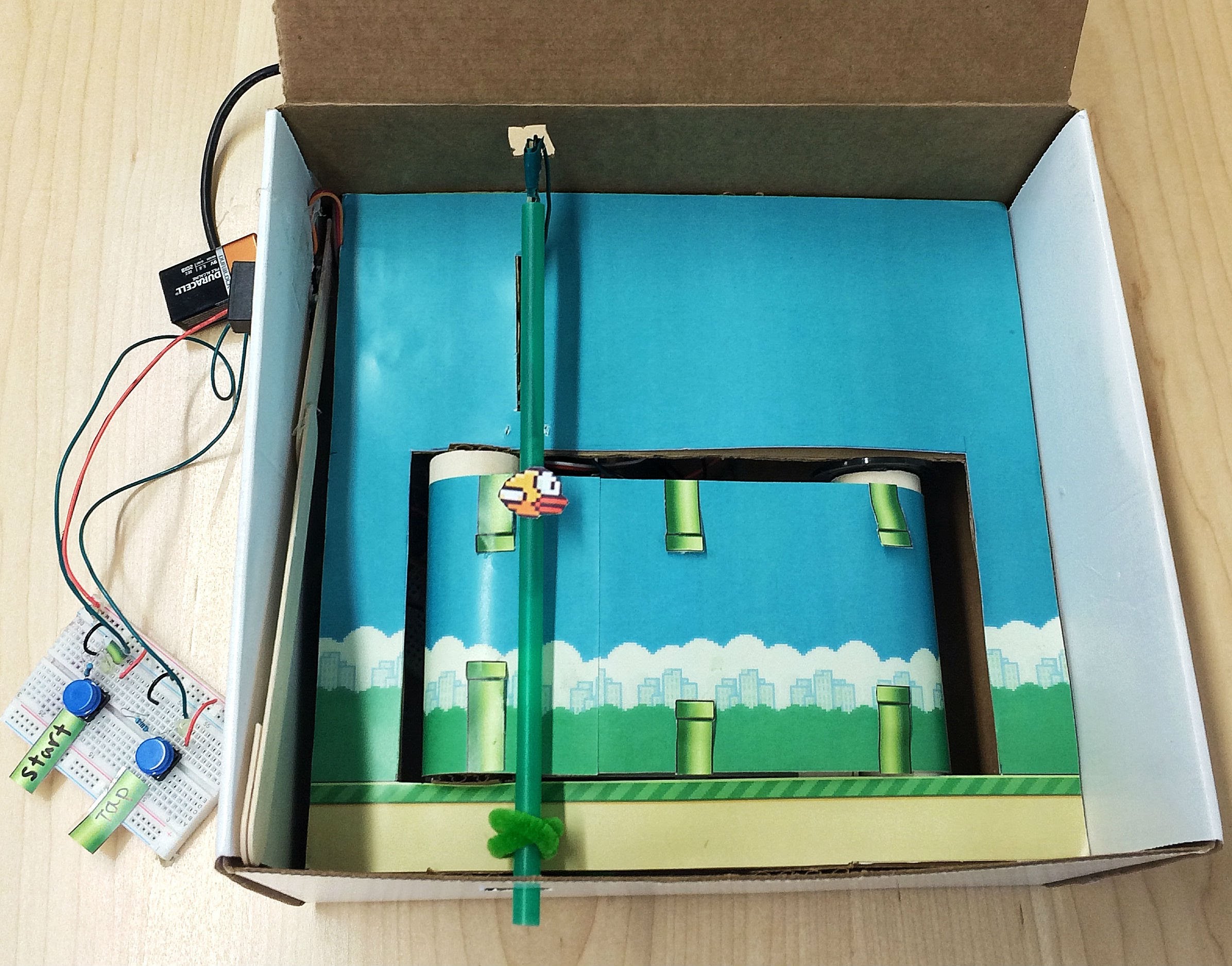 According to her, the money she made from Youtube let her help students with programming and engineering to make their own game in a box. Surprisingly, the students were all keen to build their own and enjoy the game. This is inspired her to find more easy DIY projects to interest students, particularly underrepresented groups, in engineering.

"Since I didn't find anything, I decided to make something on my own. I started with paper and fabric. And I prototyped a project where students can create a light-up creature using fabric and googly eyes. They were all helping each other in classrooms and were laughing and discussing the project. And most importantly, they were able to insert their own creativity into the project."

After the successes of her projects, she created more engineering-based projects to challenge her students. She even held workshops with adults as well.

SEE ALSO: You Can No Longer Tell the Difference Between Real Life and Video Games

If you like to watch her story, check her speech on TED and to see other projects, check her page Quilab here.

AI Teaches Itself to Multitask in an Ever-Evolving Playground