A new study reveals social media could impact you in more ways than you think, damaging your mental health. 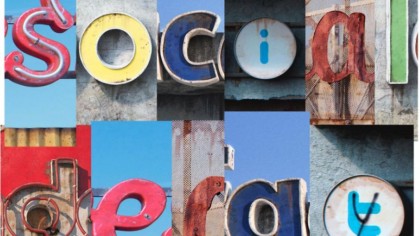 Over recent years, there have been a stronger interest in mental health across the globe as well as understanding how certain facets and aspects of social media can affect an individual.

You probably use social media on a daily basis; whether it's Facebook, Snapchat or Instagram. Have you ever wondered how social media may be shaping you?

In the first experimental study, conducted by University of Pennsylvania researchers, results have indicated that long-term use of social media does, in fact, increase loneliness and depression.

To put things into perspective, statistics indicate that the number of people on social media is steadily increasing each year worldwide. By 2019, there will be an estimated 2.77 billion social network users around the globe a significant jump from 2.46 billion in 2017.

Even more interesting is that the amount of time that people spend on social media is also on the rise. Teens on average spend about nine hours a day on social media while just the average person will spend approximately 116 minutes on social media, which is about five years and four months of your life.

There have only been a few casual studies connecting social media and mental health, yet the data was limiting or just focusing on a single platform. Psychologist Melissa G. Hunt of the University of Pennsylvania examined the three big platforms Facebook, Snapchat and Instagram, the most popular platforms among college undergraduates.

Collecting usage data from iPhones, the 143 participants completed a survey to determine their well-being and mental state at the start of the study as well as their “iPhone battery screens to offer a week's worth of baseline social-media data”.

During the three-week study, the University Pennsylvania team tracked seven outcome measures including things like fear of missing out, anxiety, depression, and loneliness. Some participants in the study were assigned to a control group that limited the amount of time on social platforms to about 10 minutes a day.

The results of the University of Pennsylvania study indicated that those who used social media less, actually felt better overall compared to those who used the social media platforms regularly, as stated by Melissa G. Hunt, “Using less social media than you normally would lead to significant decreases in both depression and loneliness. These effects are particularly pronounced for folks who were more depressed when they came into the study”.

Melissa is not stating society should cut out social media altogether and understands that it would be unrealistic. Nevertheless, she believes that having less, screen time could not hurt and could be beneficial to everyone’s health. Rather than use social media to distract yourself when you are not busy she encourages users to “put your phone down and be with the people in your life”.

How do you think social media impacts your mental health?