This YouTuber Poured Molten Salt into Water – and it EXPLODED

A YouTuber poured molten salt into an aquarium filled with water which created a massive explosion that destroyed the tank.

The BackyardScientist knows how to do explosions – big explosions. The YouTuber creates fantastic experiments testing curious questions like what happens when you pour molten aluminum in a watermelon, testing how strong oobleck is, and of course seeing what happens when you pour molten salt into a tank of water- among many others. His recent test with molten aluminum yielded an interesting result, the molten salt upon contacting the water almost immediately exploding with a powerful force. 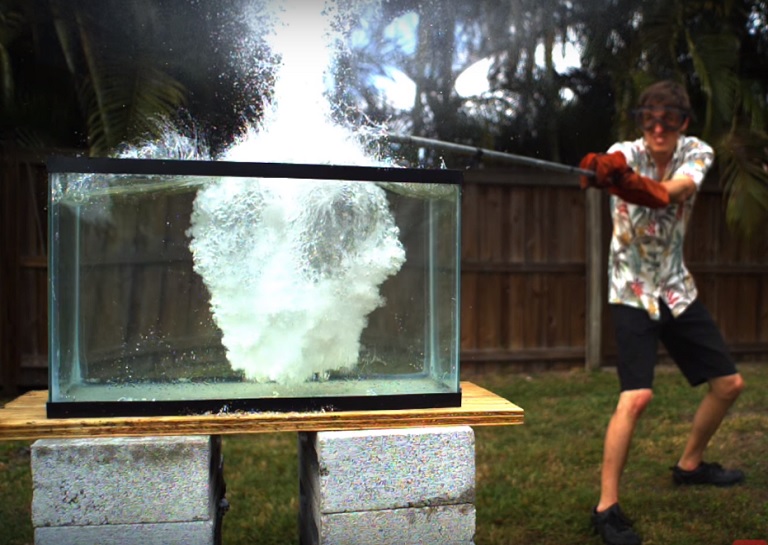 The vapor explosions were created by pouring a small amount of molten NaCl (table salt) into a container of water. As the salt diffused rapidly into the water, water jets could be seen shooting at high velocities into the salt mass. Soon after, a secondary explosion was created that caused a gaseous bubble to form which led to a third massive explosion that destroyed the tank. 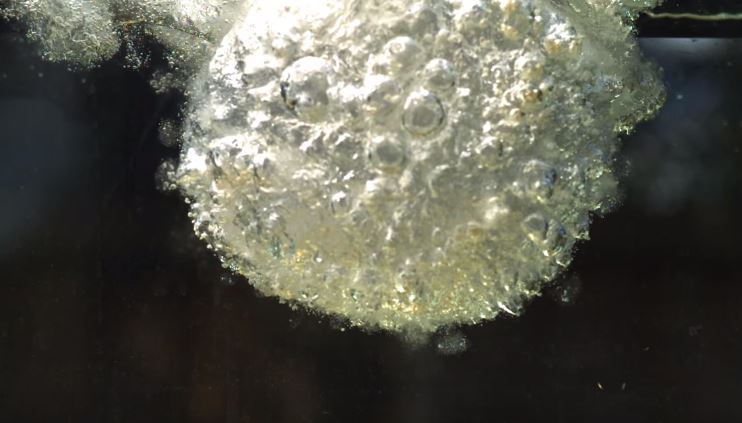 But what caused the explosion? Later tests with another salt, Borax, showed that the explosions only occurred with NaCl. A paper published by Robert C. Reid examined the process and determined that there may be in fact, no single universally accepted cause for the vapour explosions. One possible cause of the explosion could be the rapid transfer of heat from the extremely hot salt to the water- much like the “explosion” that happens if you have ever accidentally spilt water into hot oil (I highly recommend avoiding this situation at all cost to prevent unnecessary cursing and burns).

Another theory put forth says the explosion could be a result from instabilities caused by the force of the salt exceeding the surface tension which instantaneously creates the water jets seen. The increase in area could lead to the rapid production of vapour, which leads to the final explosion.

You can check out the full experiment below