As engineers, we inherently have the knowledge to create dangerous things. While these dangerous things should never be used to harm other people, sometimes creating, say, a homemade electromagnetic railgun, is a little too awesome to pass up. That is exactly what these backyard engineers did, and the gun ended up weighing 250 pounds and over 27,000 joules of energy. Check out the impressive assembly and shooting of the railgun below.

"This was a fairly successful test- the clamps blew off 15 milliseconds AFTER the projectile had left the device. Further advances in the projectile design will allow more energy to be transmitted to the projectile." ~ Ziggy Zee

The test produced a crazy and explosive result, all just using things the crew could buy commercially. With a little know-how, you could defend your home, or should we say fortress, with a series of ultra-powerful railguns.

"The kinetic energy is solely derived from electromagnetism-the CO2 is not great enough to overcome the friction of the rails! It is meant as a means of preventing intense heat and spot welding/rail erosion."~ Ziggy Zee

A railgun garners its power from strong electromagnetic force, which rapidly accelerates a projectile down a barrel. In modern news, the U.S. Navy has developed a railgun for implementation on their ships which is essentially a scaled up model of the gun in the video above. 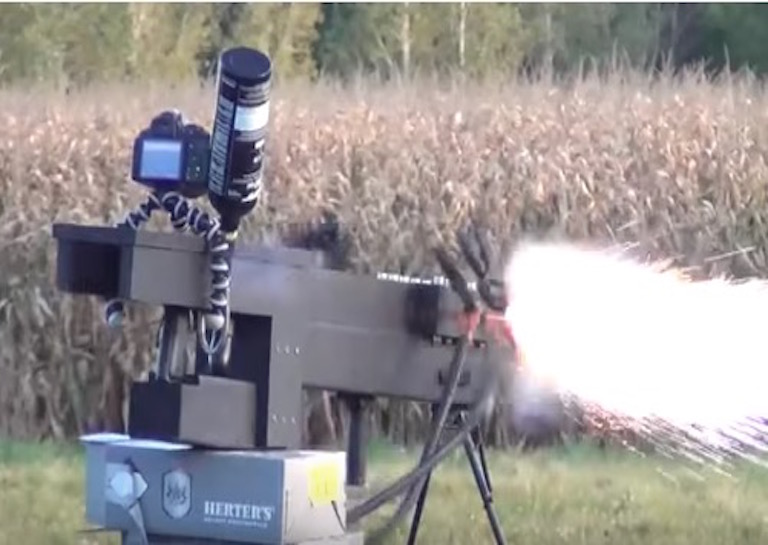 You definitely don't want to mess with a railgun, and the force and acceleration that is produced from the rather simple mechanism is what makes them so scary.